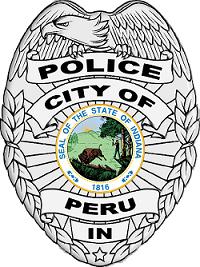 He was born March 21, 1952, in Peru, to Cecil and Dorothy Bowman. They preceded him in death. Raised in Chili, IN, he attended and graduated from North Miami High School. On June 25, 1972 he married Deborah Ellen Sparks, she survives. They would have celebrated 50 years of marriage this coming June. He had three sons, Jason (girlfriend Kaylynn Cataldo), Peru, Ryan (Joann), Louisville, KY and Jacob (Jenny), Peru. He was very proud of his boys. He is also survived by his siblings, Jim Bowman, Amboy, Jack Bowman, Indianapolis, Cecil Bowman, Peru, Carrie Hartleroad, Peru and Becky Hughes, Peru.

Sam served 15 years (1977-1992) on the Peru Police Department. He also worked for Thermogas/Ferrellgas as a truck driver. In his spare time, he loved riding his Harley-Davidson motorcycle and attending motorcycle related events. Besides motorcycles, he had multiple hot rods he took to car shows. Many of them won awards at those events. He could also be found playing cards and joking with his buddies at the Smoke House.

His main pride and joy were his grandkids. His goal was to make it to Christmas to spend it with them. They include Ethan Bowman, Gavin Bowman, Rylee Bowman, Jacob Bowman, Jacoby Bowman, and Ryker Bowman along with two step-granddaughters, Shaylynn Cataldo and Cali Cataldo.

To send flowers to the family or plant a tree in memory of Samuel, please visit our floral store.