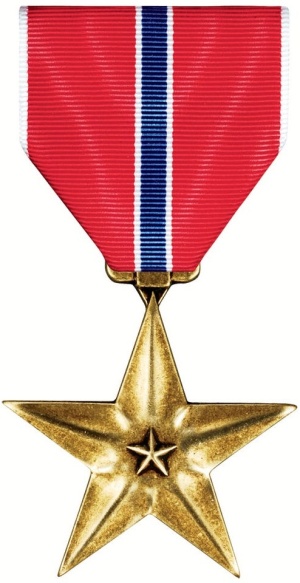 He was born on October 27, 1935, the last child of Max Emil and Susie Faye Helm Ahnert. He was raised in Peru, Indiana and as soon as he could, followed in his older brother’s footsteps and joined the U.S. Army. He started as a young G.I. in the infantry in Korea, became a paratrooper with the 82nd Airborne, tested cold weather gear in Alaska, and served a tour of duty in Viet Nam as a military intelligence officer.  He ended his career as a Chief Warrant Officer at the Defense Investigative Service office at Grissom Air Force Base, Indiana.  Leonard was the recipient of the Bronze Star for his meritorious service in Viet Nam.

He married Bonnie Rae Bryan on July 25, 1954 in Roann, Indiana and she and their family accompanied him on his travels. She preceded him in death on March 8, 2006.

After retiring from the Army in 1974, Leonard drove an over the road truck for Northwestern, sold insurance for Business Men’s Assurance, and worked for Sears in Logansport as a refrigeration technician for many years, He later became an EMT for Dukes Hospital until he retired for good after 10 years.

Leonard greatly enjoyed the outdoors and he and Bonnie made many happy memories camping and fishing, first with their family and then in their later years with their friends in the Hoosier Cardinals camping club.

He also served as Scoutmaster for Troop 501 at Main Street United Methodist Church, helping many young men earn their Eagle Awards. He was a member of the Scottish Rite, the Ibn Saud Grotto in Kokomo, and was a 50 year member of the Masonic Lodge.

He was preceded in death by his wife, Bonnie, his parents, and brothers George, Ray, Lawrence, Lewis (Bud) Ahnert, and sisters Harriet Guss, Iva Herrell, and Evelyn in infancy.

Leonard could oftentimes be crusty with humans, but he never met a dog he didn’t like!

Visitation will be held at Flowers-Leedy Funeral Home, 105 West Third Street, Peru, IN at 12:00 p.m. on Saturday, May 29,, 2021 with the funeral service following at 1:00. A short graveside service with military rites will be held after the funeral at Ever Rest Memorial Park in Logansport, IN.

To send flowers to the family or plant a tree in memory of Leonard R. Ahnert Sr., please visit our floral store.